The continent of Europe has many scenic landscapes, many charming cities and distinctive cultural and historical features that make exploring this continent an unparalleling experience. If you want to get away from the crowds of well-known European cities, look for some alternative cities, so we've chosen 10 of the most beautiful European cities to visit in 2019, each with its charming nature, ancient historical monuments and great tourist attractions.

Enjoy the sights of Europe

Germany boasts Dresden, the capital of technology, higher education, and inventions, and Dresden is located in Saxony, also known as “Florence River Albe.” The city combines art, architecture and high scientific standard, and tourists flock to Dresden every year to see its attractions, such as the Church of our Lady, Zwinger Palace, the Semper Uber Opera House, and the city's many universities where cultural and student life flourishes.

Austria's capital city of the Alps, Ensprock, known as a fine, environmentally friendly city with a breathtaking natural beauty, is located on the banks of the River Aine, one of the most popular cities for photographic enthusiasts, with its center surrounded by open cafes, museums, heritage and cultural attractions. The cable car service allows one to reach within 30 minutes its snow-covered mountains. Innsbruck boasts many fascinating sights and attractions, such as imperial buildings, magnificent lakes and numerous Hiking trails, making it one of the most beautiful cities in Europe.

Sorrento, with its unrivaled natural landscape, stretches parallel to the Gulf of Naples in southern Italy, is full of hills, deep valleys, mountain and hilltop residential complexes, all alongside the sprawling urban heritage of the Old Town. The city's air is perfumed by the aromas of oranges, lemons and olives, the most cultivated fruit in Sorrento, while its sea view offers spectacular views of this Italian city. 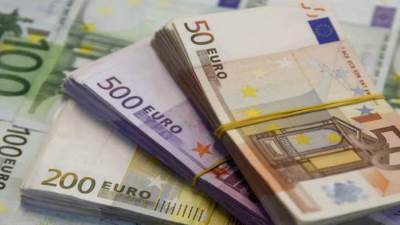