Travel to the Philippines

The Philippines is one of Asia's leading emerging tourism destinations, with a vast stock of tourist attractions and attractions that attract tourists from all countries of the world.

See the sights of the Philippines

Davao is also a tourist destination in the Philippines and is one of the safest cities in the Philippines located on Mindanao Island in the south of the country. This city has many attractions to visit, the main one being the Aden nature Reserve. Eagle Park is a sanctuary with many species of birds and animals as well as a crocodile farm, Samal Island and other attractions.

Baggio is one of the best tourist destinations in the Philippines for families and young people alike. In the summer, tourists visit it to enjoy its cool and pleasant atmosphere due to its high position on the sea level. One of the most important cities in the Philippines with archeological churches and natural parks, the most important of which are minefields and Burnham Park, where recreational activities are available for families and children.

Travel to the Philippines

Philippines is a very beautiful country. Imagine a country that consists of 7641 islands, that are broadly categorized under three main geographical divisions from north to south, The Philippines or Filipinas, officially, it’s the Republic of the Philippines.

Multiple ethnicities and cultures are found throughout the islands. In prehistoric times, Negritos were some of the archipelago’s earliest inhabitants. They were followed by successive waves of Austronesian peoples. Exchanges with Malay, Indian Arab and Chinese nations occurred. Then, various competing maritime states were established under the rule of datus, rajahs, sultans and lakans.

Philippine food and preparation methods and eating customs have evolved over centuries from it is origins to be mixed with Chinese, American, and other Asian cultures.

Dishes varies from simple meals like salted fish and rice to elaborate paellas and cocidoscreated for fiestas.

The Philippines are most popular during the dry season, between November and April. At this time the country is fully accessible, including its many beautiful islands and more remote areas.

Temperatures are high during March and April, so it’s best to travel during the cooler months of December to February. The wet season falls between May and October, but the rain isn’t constant and rarely impacts on travel plans. You’ll still enjoy hot, sunny days at this time, fewer crowds and lush, green scenery.

Arrange your holiday now and reach us to convert currency and you can buy foreign currency online too.

With more than 7,000 islands consisting of rice paddies, volcanos, mega-metropolises, world-class surf spots, and endemic wildlife, the Philippines is one of the most dazzling and diverse countries in all of Asia. Not to mention, it’s home to some of the world’s best beaches, too.

It is about 420 kilometres south-west of Manila, and about 238 kilometres north-east of Puerto Princesa, Palawan’s capital. A managed resource protected area, it is known for its white-sand beaches, coral reefs, limestone cliffs and as the gateway to the Bacuit archipelago.

El Nido is currently ranked the forth in Condé Nast Traveler‘s list of “20 Most Beautiful Beaches in the World.”  CNNGo has called it the Best Beach and Island destination in the Philippines for its “extraordinary natural splendor and ecosystem.

Easy to access it is not, but those with a sense of adventure are well advised to travel to Pagudpud, a town on the northern tip of the Philippines’ main island, Luzon. The highway up here is the Philippines’ answer to the Great Ocean Road or the Pacific Coast Highway. It zigzags around dramatic headlands and skirts seemingly endless beaches such as Saud Beach, which is dotted with rustic resorts and surrounded by windmills. Robust winds fuel those windmills and stir the waters offshore into a frenzy – it’s a haven for expert surfers, kitesurfers and windsurfers. Sightings of humpback whales and other cetaceans are also common.

It’s best known as the Philippines’ top surf spot, but an all-day loop around the island of Siargao brings you up close and personal with beaches equal to any in the South Pacific. Famous right-breaking reef wave Cloud Nine is ground zero for surfers, but to escape the crowds head offshore to any number of uninhabited islets. Or drive up to Burgos near Siargao’s northeastern tip, where coconut palms back a three-kilometre crescent of powdered-sugary soft sand, and perfect waves peel off in several directions in the bay.

Hiking is a rising form of tourism in the Philippines, especially among locals and Western foreigners. Among the most famous hiking areas in the country are Mount Apo, Mount Pinatubo, Mount Halcon and Mount Pulag. Online magazine, Culture Trip, cited Mount Batulao in Batangas, Masungi Georserve in Rizal, Tarak Ridge in Bataan, Mount Daraitan and Maynoba in Rizal, Kibungan Circuit in Benguet, and Mount Pulag in Nueva Vizcaya for having the most spectacular hiking trails in the country in 2017.

The top ranked universities in Philippines are: 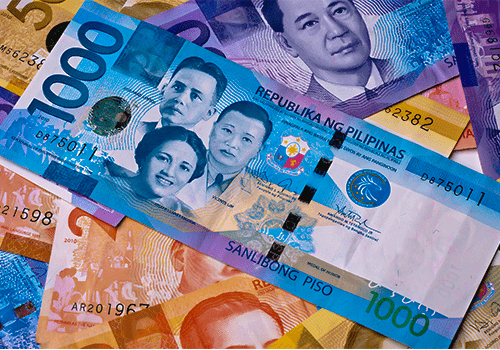